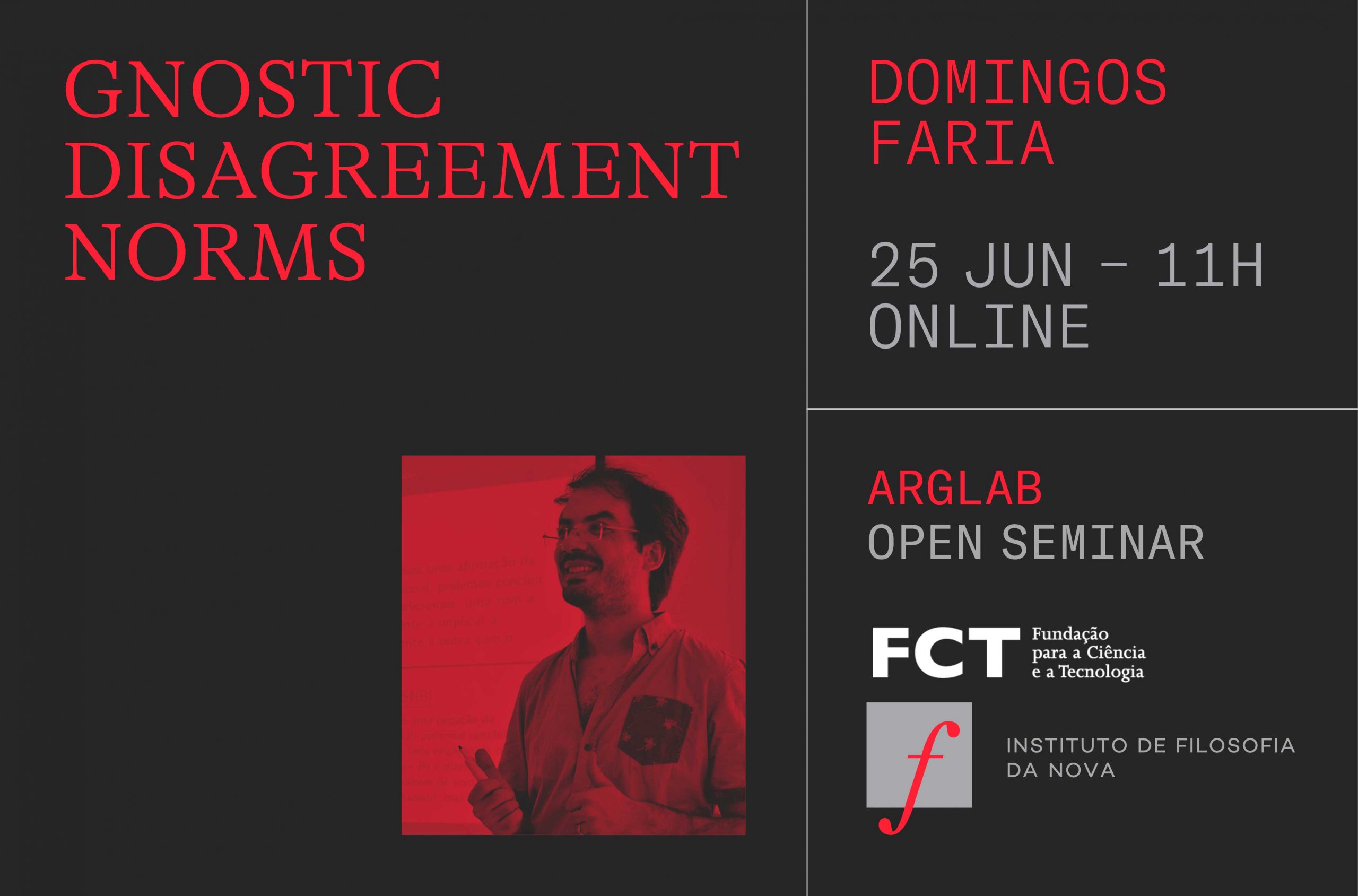 
Link of the event on the sidebar.

This event is organized by P. Abreu and E. Rast. The purpose of this seminar series is to give researchers a platform to discuss ongoing work and problems in the philosophy of language, epistemology, argumentation, metaethics, and related areas. For administrative inquiries, please contact Pedro Abreu [pedroabreu@fcsh.unl.pt] or Erich Rast [erich@snafu.de].
Open Seminar
Date
25/06/2021
Time
11:00
Place
online
Link
←
→
Newsletter