The joint meaning of speech acts of arguing 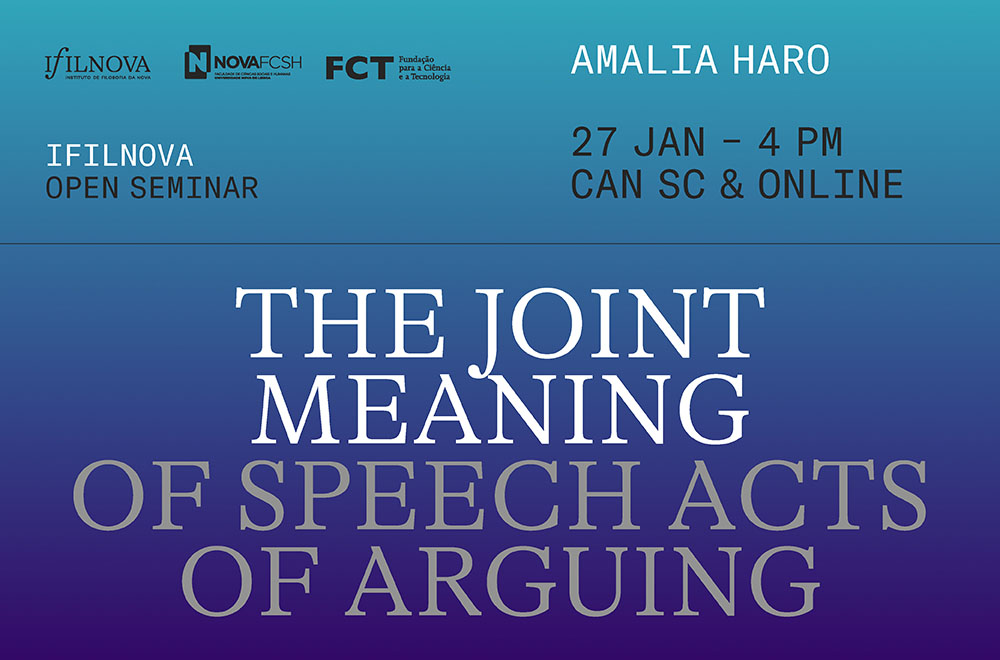 Everybody is welcome to join!

For online participation, please use the following link (password: 006421).

This event is organized by P. Abreu and E. Rast. The purpose of this seminar series is to give researchers a platform to discuss ongoing work and problems in the philosophy of language, epistemology, argumentation, metaethics, and related areas. For administrative inquiries, please contact Pedro Abreu <pedroabreu@fcsh.unl.pt> or Erich Rast <erich@snafu.de>.