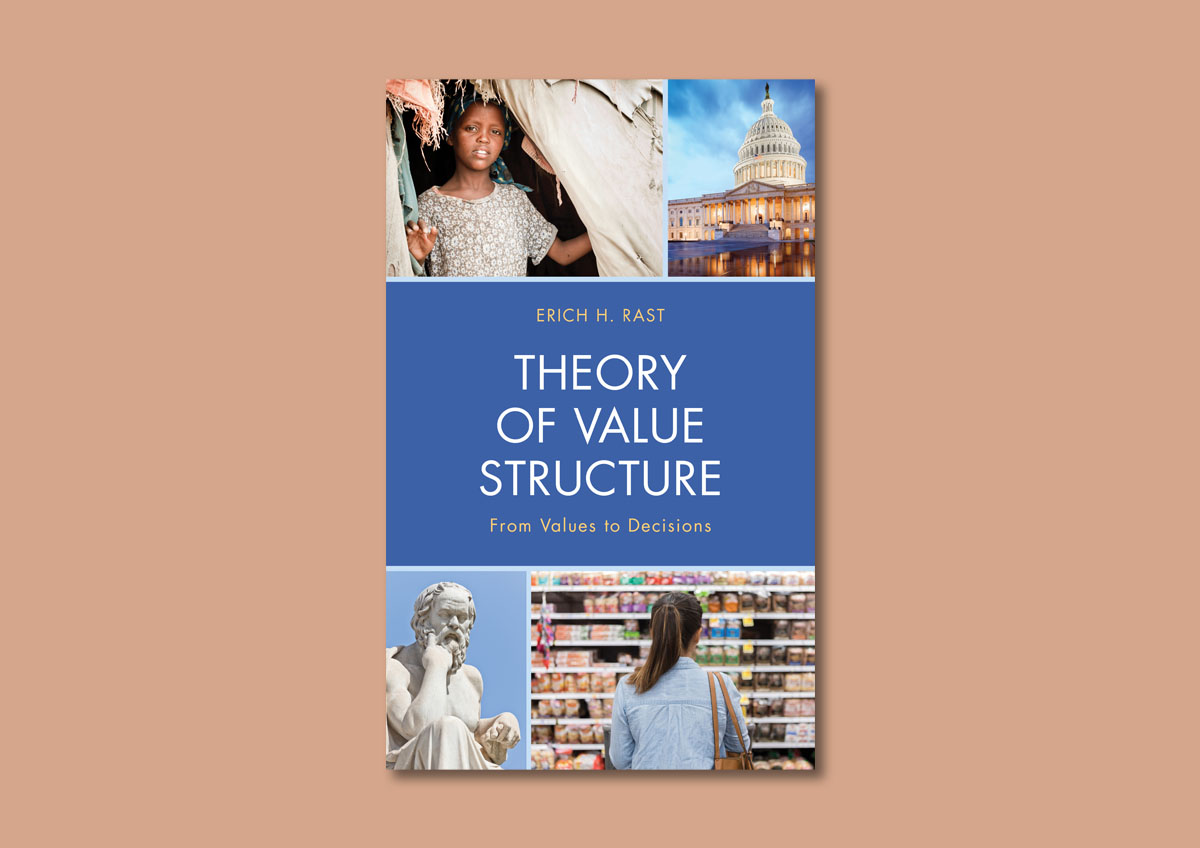 The work Theory of Value Structure: From Values to Decisions, by Erich H. Rast, has just been published by the US publisher Lexington Books, part of Roman & Littlefield.


The theory of value structure concerns the meaning of “better than” and “good,” as well as the way in which values serve as a basis for rational decision making. Drawing methodologically from economics and theories of decision making, the aim of serious axiology in metaethics is to do justice to problems that have puzzled philosophers of value for centuries. Can value comparisons be cyclic? Are all values comparable with each other and can decision makers just add up different aspects of an evaluation to determine the best course of action? Theory of Value Structure: From Values to Decisions starts with a thorough introduction to the modeling of “better than” comparisons from a normative perspective. In the philosophical part of the book, Erich H. Rast argues that aspects of “better than” comparisons can differ qualitatively so much that one aspect may outrank another. Consequently, the classical weighted sum aggregation model fails. Values cannot always be summed up and comparisons may be fundamentally noncompensatory, an indeterminacy that explains problems like the apparent nontransitivity of “better than” and hard cases in decision making. Using a lexicographic method of value comparisons, Rast develops a multidimensional theory of “better than” and shows how and to which extent it can be combined with standard methods of decision making under uncertainty by using rank-dependent utility theory.


Order here. Use the code “LXFANDF30” to get a 30% discount when ordering directly from Lexington.