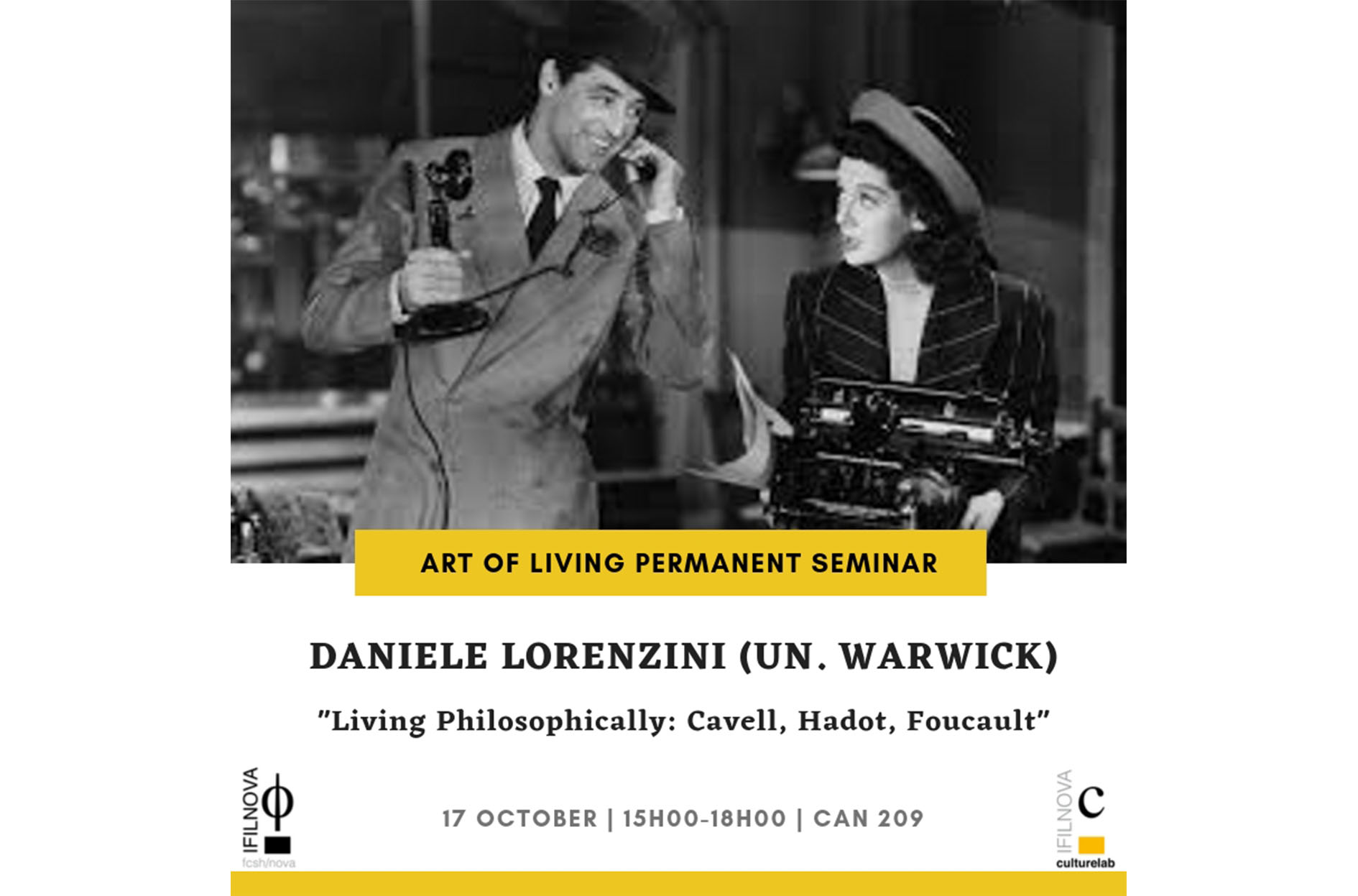 In this paper, I address Stanley Cavell’s conception of moral perfectionism, which in my view bridges the two main quests that characterize his oeuvre: his attention to the ordinary dimension of our language and life, on the one hand, and his revaluation of the transcendentalist strand of American philosophy, on the other. To this end, I also discuss Pierre Hadot’s writings on spiritual exercises and the Socratic-Platonic dialogue, and Michel Foucault’s notion of techniques of the self and his analysis of ancient parrēsia. Indeed, I consider Hadot and Foucault as two crucial (albeit indirect) interlocutors for Cavell, and their respective works will allow me to better emphasize Cavell’s original redefinition of the practice of philosophy.


Daniele Lorenzini is Assistant Professor of Philosophy at the University of Warwick, where he is also Deputy Director of the Centre for Research in Post-Kantian European Philosophy. He holds a Ph.D. in Philosophy from the University of Paris-Est and Sapienza University of Rome. Moral and political philosophy, as well as 20th-century French philosophy, constitute the center of gravity of his work, but he also possesses areas of scholarly and teaching expertise in ancient philosophy, ordinary language philosophy, animal and medical ethics, and post-Kantian European philosophy. He is the co-editor of two books series, Philosophie du présent (Vrin) and The Chicago Foucault Project (The University of Chicago Press), as well as of the peer-reviewed journal Foucault Studies. He is also the treasurer of the Association pour le Centre Michel Foucault.