Encounters between art, cinema and philosophy #7 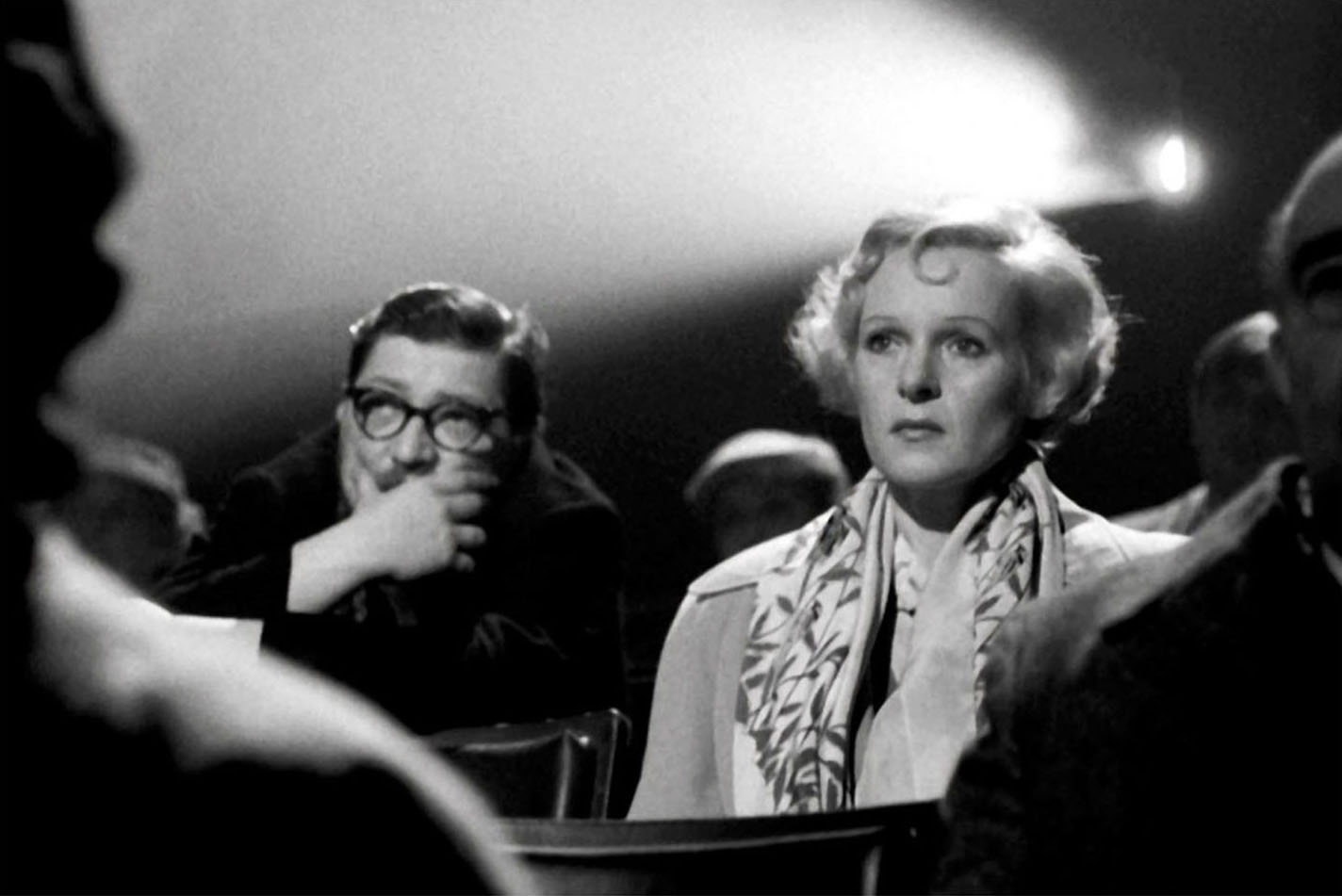 The seventh and last edition of this series of conversations and screenings brings together the New York-based artist Judith Barry and the philosopher Giovanbattista Tusa, who will discuss Rainer Werner Fassbinder’s feature film Veronika Voss (Die Sehnsucht der Veronika Voss, 1982), the third episode of Fassbinder’s trilogy on Post-War West Germany, following after The Marriage of Maria Braun (1978) and Lola (1981). Veronika Voss tells the story of a once celebrated film diva unable to face the fact that her fame has faded away since the end of Hitler reign. Fallen into oblivion and denying the reality of which she was ‘the face’ – the Nazi-regime – she continues acting in a highly mannered way, drifts into drug addiction, and falls prey to a totally manipulative business-minded psychiatrist. Through an aesthetics reminiscent of American film noir, Veronika Voss captures the complex entanglements of collective and individual history, reality and its cinematic stylisation, the rough film business and the dream machine it represents.

Judith Barry (USA) is an artist and writer whose work combines a number of disciplines including installation and project-based research, architecture/exhibition design, film/video, performance art/dance, sculpture, photography, and digital media. She has exhibited internationally at such platforms as the Berlin Biennale, Venice Biennale(s) of Art/Architecture, Sharjah Biennial, Sao Paolo Biennale, Nagoya Biennale, Carnegie International, Whitney Biennale, Sydney Biennale, and Documenta, among others. Her publications include Body without Limits (2009), The Study for the Mirror and Garden (2003), Projections: mise en abyme (1997), and Public Fantasy (1991). Currently she is Director of ACT – the MIT Program in Art, Culture and Technology (Cambridge, MA).

Giovanbattista Tusa (Italy) is a philosopher and media researcher based in Lisbon, where he is currently a Researcher in Philosophy and Ecology at the Nova Institute of Philosophy (IFILNOVA), Universidade Nova de Lisboa. His latest work, De la Fin, co-authored with Alain Badiou, was published in France in 2017 and is currently under translation in English, Brazilian Portuguese and Spanish. His current multidisciplinary research examines radical politics, art, cinema, eco-criticism, ontological realism and animal studies, and contemporary practices.

Session duration: 150 Min. | M/16 | Entry is free and limited to the number of seats available.

PROBLEMATISING REALITY – ENCOUNTERS BETWEEN ART, CINEMA AND PHILOSOPHY
is a series of projections and discussions that takes place in various cultural spaces in the city of Lisbon, starting in June 2018, in a partnership between IFILNOVA (CineLab) / FCSH / UNL, Goethe-Institut Portugal and Maumaus / Lumiar Cité and in collaboration with Apordoc / Doc’s Kingdom.

These encounters between film-artists and philosophers of international renown aim to confront these and other questions, starting every time from a particular film which will be screened in its entirety. In these encounters, film and conceptual thinking are considered on a par: instead of privileging one field over the other, these interventions focus on the very moments where film and philosophy enter into a productive dialogue. Thus, the point is not to elaborate general theories on film as a medium or aesthetic positions on art in general, nor is it to use films as an illustration of broader concepts of reality, rather, priority will be given to the singularity of a filmic moment embedding conceptual thought, or the singularity of a conceptual moment triggering an artistic form.