Symposium on the mind-technology problem 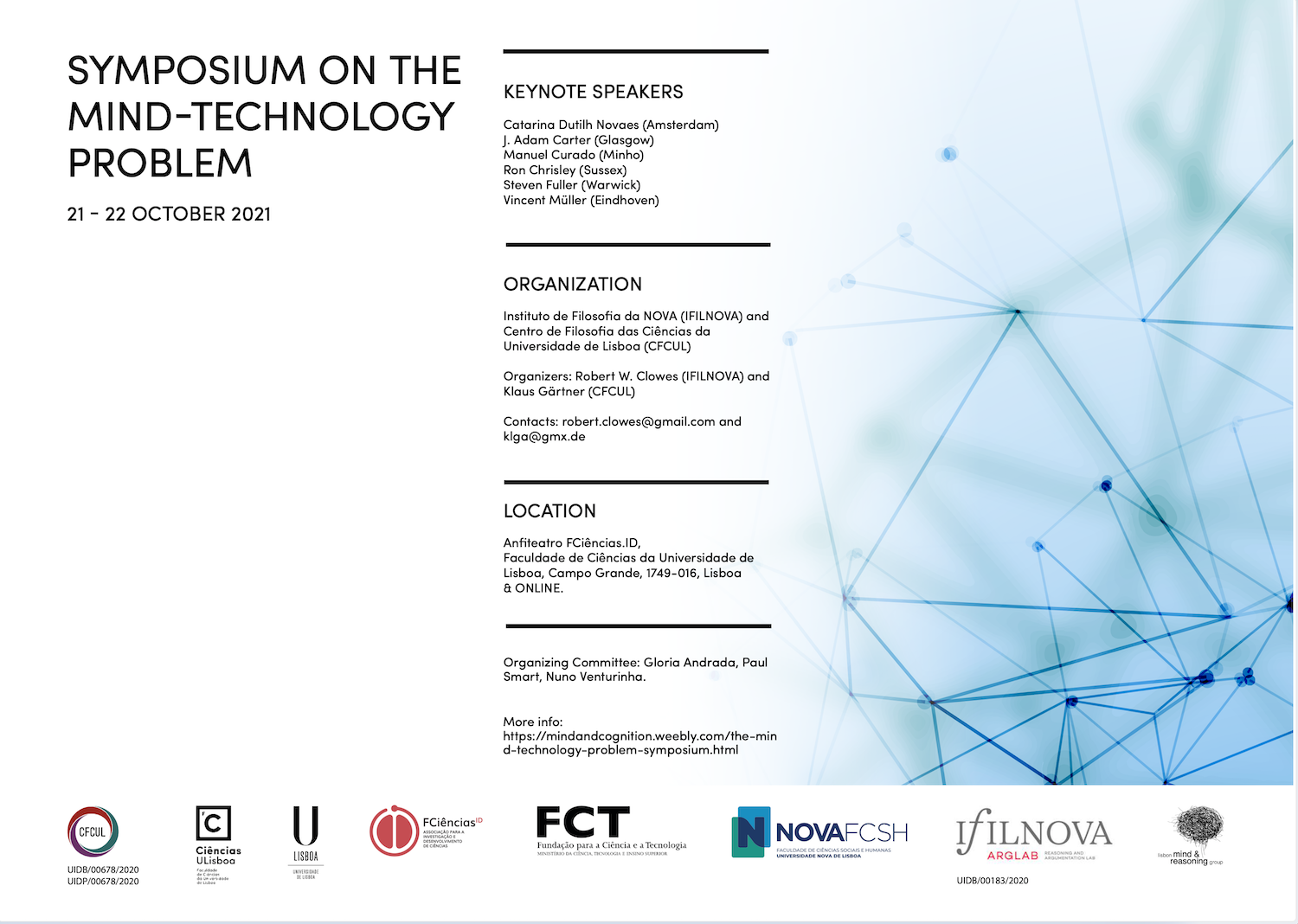 We are living through a new phase in human development where much of everyday life – at least in the most technologically developed parts of the world – has come to depend upon our interaction with “smart” artefacts. Alongside this increasing adoption and ever-deepening reliance on intelligent machines, important changes have been taking place, often in the background, as to how we think of ourselves and how we conceptualize our relationship with technology. As we design, create and learn to live with a new order of artefacts which exhibit behavior that, were it to be carried out by human beings would be seen as intelligent, the ways in which we conceptualize intelligence, minds, reasoning and related notions such as self and agency are undergoing profound shifts. Indeed, it is possible to argue that the basic background assumptions informing, and the underlying conceptual scheme structuring our reasoning about minds has recently been transformed. This shift has changed the nature and quality of both our folk understanding of mind, our scientific psychology, and the philosophical problems that the interaction of these realms produce.


These new conceptualizations – sometimes implicit, sometimes explicit – about the nature of mind and its relationships to the artefacts we build has given rise to a new constellation of basic philosophical problems about the very nature of mind. This constellation we call, The Mind-Technology Problem. The mind-technology problem should be understood as the successor to the mind-body problem, engaging with the mind in a digital era. Distinctive questions include: What properties of mind may be enabled, transformed or extended by technology? What properties of mind may be diminished, outsourced or curtailed? Is human agency being primarily constrained or enabled by our encounter with 21st Century technology and especially by our interaction with AI? How might the nature of human agency, memory, knowledge, responsibility, and consciousness be changed through this interaction? These can all be viewed as problems of where our minds stop, and our artefacts begin. Deciding the limits of mind seem to recast the nature of the other philosophical problems around it.