The (renamed) Lisbon Mind, Cognition & Knowledge Group (LMCK Group) is a group of philosophers and a section of the ArgLab dedicated to research on the nature of mind and its cognitive and epistemic systems. Starting from different perspectives and experiences, including 20th Century Analytic Epistemology, Philosophy of Mind, Cognitive Science and Philosophy of Technology, we explore the nature of mind, cognition, and knowledge. The group looks at a series of core questions including epistemological issues in a contextualist perspective, the possibilities and problems provided by 4E cognitive science, the nature of representation, and the various conceptual frameworks we use to analyse the mind and their relationship with a series of emerging technologies in the 21st Century such as artificial intelligence (AI).


We have a special interest in understanding the mind as “embodied, embedded, extended and enactive”, and how new conceptual frameworks including those provoked by artificial intelligence, neuroscience and other 21st century technologies are reshaping our concepts of cognition, knowledge and the mind itself. We contribute to the ArgLab in these areas and to IFILNOVA’s central research theme of Values in distinctive ways. We investigate cognitive and epistemic values, the role of mind in normative practices, the ethics of the extended mind and related applied questions involving the ethics of technology. We have a special interest in AI and how this changes the way we think of human beings, cognition and knowledge.


The group explores several analytic, cognitivist and post-cognitivist understandings of mind, with emphasis on cognition, knowledge, emotions, reasoning and agency. We make use of a situated approach to epistemology, human minds and the dynamics of cognitive systems and analyse how they fit into the world: social and material. The group’s research can best be understood by looking at its main research lines, namely in Epistemology as the Theory of Knowledge, Philosophy of Mind and Cognitive Science, Philosophy of Technology and Mind in the Context of New Cognitive Ecologies. A little more detail on each of these lines:


Philosophy of Technology and Mind (in the Context of Cognitive Ecology): This focus of the group’s interests especially deals with the way that the human mind is shaped and responds to the new cognitive landscape of the Internet and Artificial Intelligence. One central strand is the Mind-Technology Problem; a new way of conceptually reframing major reference points in philosophy of mind as we attempt to think about our relationship with Artificial Intelligence. 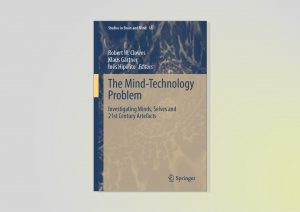