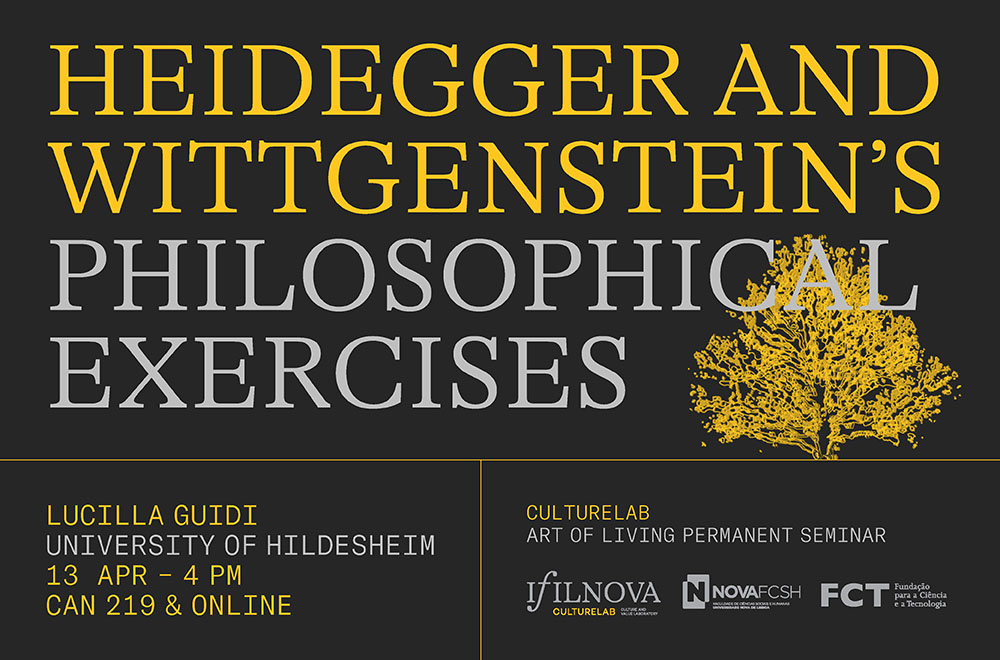 Heidegger’s phenomenology and Wittgenstein’s late philosophy of language rehearse a number of motifs of the ancient understanding of philosophy as an exercise and a way of life. For both thinkers philosophy does not coincide with a mere theory, since it rather involves the never-ending exercise of transforming oneself. In this talk, I will first focus on Heidegger’s account of phenomenology, conceived of as a transformative exercise, through the analysis of the dynamic relation between authenticity and inauthenticity. With reference to the pragmatic and performative dimension of phenomenological language and the explication of the phenomenon of anxiety in Being and Time, I will argue that phenomenology embodies an exercise to be accomplished by the reader. Through this exercise, one learns to dwell in the ungrounded, i.e. the open, opaque and contingent dimension of being-in-the-world, thereby acknowledging one’s own modern metaphysical need for self- and world-transparency. In the second part of the talk, in accordance with Wittgenstein’s Philosophical Investigations, I will radicalize this account of philosophy as a transformative exercise. For this purpose, I will focus on Wittgenstein’s use of similes, dialogues and comparisons, conceived of as a number of exercises to be accomplished by the reader. I will claim that such exercises are transformative, since they make us acknowledge our apparent need for transparency, allowing us to accept the openness and opacity of practices and to transform our attitude toward ourselves, others and the situation in which we find ourselves.