Image, Imalogy, and the Real 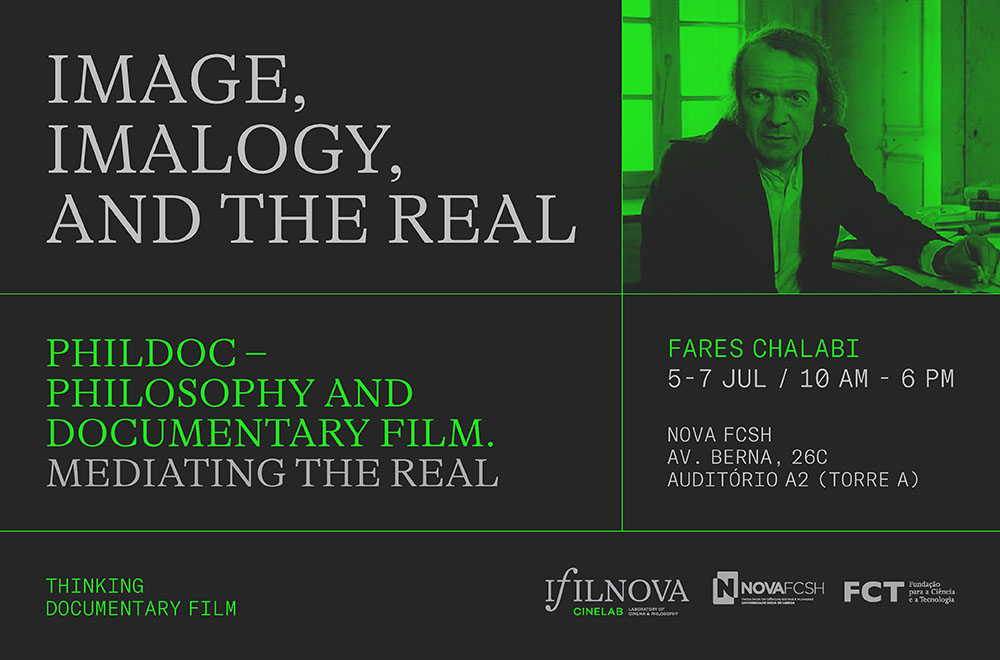 This intensive workshop aims at elaborating, through a thorough interpretation of Gilles Deleuze’s philosophy of the image in his Cinema books and the lectures he gave at Université Paris 8 on the subject, a reassessment of the relation between image, concept and the real. Through conceptual conjunctions such as the Idea and its structuring function in pre-World War Two cinema (addressing the faculty of understanding), Power as disruptive force which puts the representational function of the image into crisis and its relation to time, and the coming to the fore of the image as the real rather than its representation or reenactment, we will attempt to rethink the idea of images addressing the real beyond the questions of factuality, accuracy and direct agency.

Day 03 – “Documentaries” and the real

This workshop is open to graduate and postgraduate students and the general public. Please write an email to sbaumann@fcsh.unl.pt if you would like to attend.