Documentary films appeal to philosophical thinking in a particularly challenging way. On the one hand, they raise the problem of the real in an emphatic sense, because they address reality directly and take on an “assertive stance” (Plantinga in LaRocca, 2015) towards it. On the other hand, they encourage us to think the multiple mediations through which something appears as real, pertinent, genuine or true, and thus lead us to problematize the forms and concepts through which such attributions acquire their compelling evidence. For documentaries convey, through their inherent claim to truth, implicit ideas about the very structure of reality, the relation between what appears on the surface and deeper layers of society, and the relation between subjective experiences and their social meaning. Moreover, they carry out an implicit epistemological reflection on the concept of objectivity and its relation to factual accuracy. Hence, they combine a specific claim to veracity with the artistic intervention of the filmmaker, whose aesthetic, thematic and political choices determine how the reality in question is to be mediated. Neither artworks in the traditional sense (i.e. aesthetic constructions entirely created by an artistic subject), nor mere mechanical reproductions of reality, documentaries are “creative treatments of actuality” (Grierson in Kahana 2016). However, many popular documentaries conceal this inherent tension on which they inescapably rely. Resorting to authoritative discourses, conventionalized forms and standardized patterns, they pretend to provide an immediate access to reality. Thereby, they not only corroborate hegemonic ideas and the associated representational schemas, but also shape the perception of reality (Baumann 2021). Far from merely representing reality objectively, mainstream formats contribute to the uniformization of its appearance. By contrast, artistic or independent productions, e.g. films by Farocki, Loznitsa, Akerman, Castaing-Taylor or Sousa Dias, problematize the commonsensical manifestation of reality through artistic means. Consequently, they undertake a transformative immanent critique of conventionalized perceptions and their corresponding conceptual framework. Rather than claiming to represent reality “as it really is”, they wrest it from its alleged obviousness, deflect the focus onto divergent perspectives and carve out a truth content that eludes conventional representation.


This complex Janus-faced situation of documentary film, its capacity to either endorse or disrupt the appearance of reality as a non-problematic entity, is the starting point for PhilDoc. Our working hypothesis is that the performative potential of documentaries lies, first and foremost, in their formal configuration, in the way how form not only mediates content, but also confers a particular meaning to it. Therefore, following Adorno’s aesthetic theory, we consider form as “sedimented content” (Adorno 1997). Throughout the project, we will undertake an immanent critique of specific films through a dialectical approach, with the aim of extracting the intelligibility of the sensible (cf Rancière 2010) of documentary configurations. Concurrently, we will work on a philosophical concept of form able to address both, social forms and aesthetic constellations, with regards to the reality they address. In this emphasis on form lies the specificity of our approach. For until today, philosophical research on documentary film has mainly focused on theoretical considerations: the claim to truthfulness (Plantinga in LaRocca 2015), the evidential force of certain features (Currie, Carroll, both in LaRocca 2015) or the delimitation of the genre (Nichols 1991; Renov 1993). Film scholars, on the other hand, mostly expose the political, ethical and aesthetic aspects of documentaries, without problematizing in depth the philosophical concepts they convey. PhilDoc, by contrast, will put the emphasis on the question of mediation and on the critical potential of form, thereby approaching documentary concurrently as a philosophical problem, a form of art, and a socially and politically relevant medium. 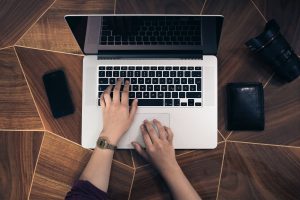