Thinking the City Through Fragmentation and Reconfiguration 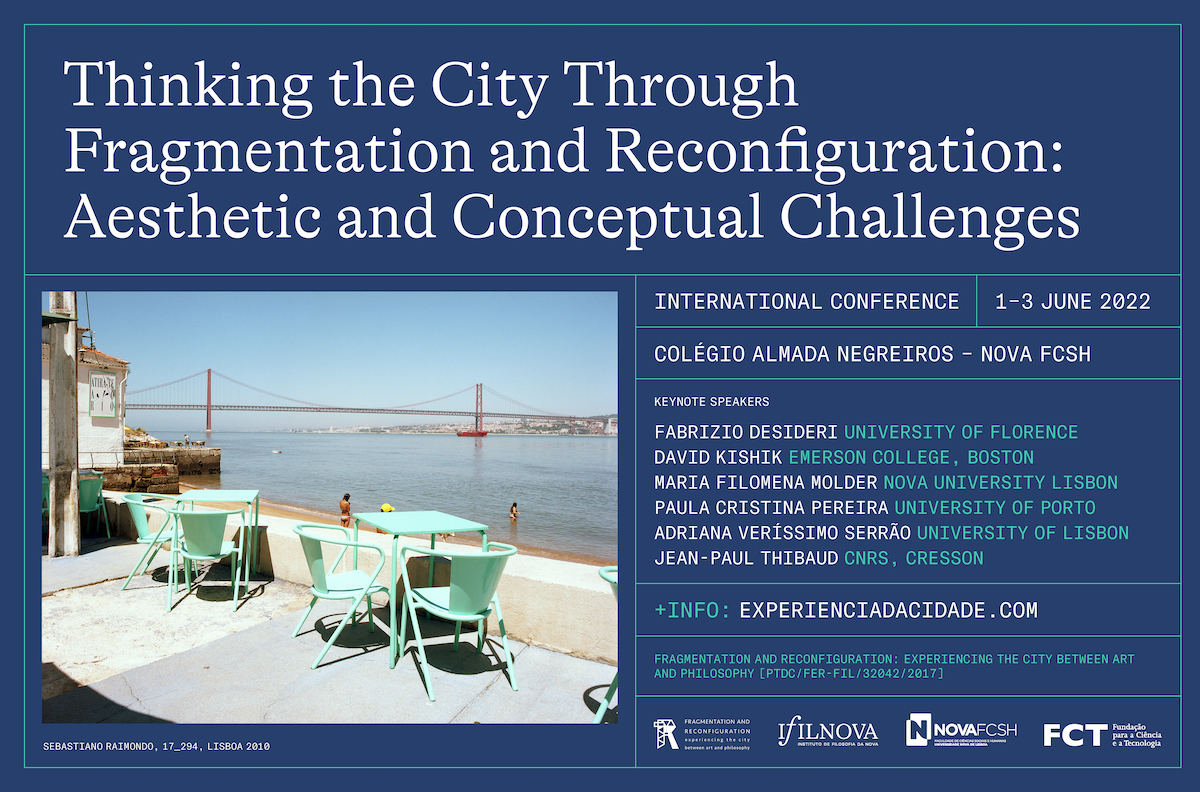 The relationship between aesthetics, the arts, and the city has taken on new forms in the last century and a half, in a process that coincides with both the development of modern metropolises and the emergence of new technologies that have allowed us to know, study and reinvent the urban experience. At the same time, cities have always raised fundamental aesthetic questions concerning the ways of feeling, perceiving and inhabiting the spatial and temporal structures that condition the human experience, as well as the relationship with nature and the non-urban in general.


If it is true that Western philosophy emerged out of an intimate relationship with the polis, it is not always easy to make explicit the terms of the multiple historical and conceptual interactions between philosophy and the city. In any case, it seems clear that, while appealing to a multiplicity of disciplinary perspectives, urban phenomena interrogate and allow themselves to be challenged and questioned by philosophical concepts: the more properly aesthetic ones, but also, and from the outset, those dealing with social, ethical, and political issues.


Fragmentation and reconfiguration: this conceptual pair is intended to guide the contributions to the conference and the way in which they propose to develop the rapport between philosophical thought and the city. The two concepts naturally communicate with other interrelated notions, such as construction and destruction, fragment and whole, the singularity of each thing and the theoretical tendency to search for a comprehensive synthesis. The main goal of this conference is the exploration of creative and dialectical tensions between fragmentation and reconfiguration that can open a critical and differential space – a space of thought and practice. In this sense, it seeks to explore the different ways in which human experience and artistic practice engage with and respond to the fragmentation that characterises modern cities. It is hoped that the conference will also be a space to help us to break open the homogenous images of contemporary cities created by processes linked to capitalism and globalisation, which time and again obfuscate other forms of life.


The concept of fragmentation does not necessarily presuppose a nostalgia for lost unity. On the contrary, it can be seen to be part of an inevitable process of modernity, which has as its productive counterpoint the analysis of fragments, details, and circumscribed case studies, a critical access to an understanding of our present time, however provisional this access may be. On the other hand, the concept of reconfiguration calls upon the very possibility of rethinking, reconstructing, and reimagining urban space, which is of the utmost importance not only for a philosophical consideration of the city, but also for the artistic practices that deal with it and are inspired by it. This is all the more relevant as the present conference (and the project that gave rise to it) are anchored in Lisbon, a city whose contemporary processes of reconfiguration raise a series of aesthetic and conceptual challenges.


This event will not be streamed.