The working group on Contemporary Cinema & Politics: Philosophical Approaches seeks to develop inter-disciplinary research work on cinema and political philosophy, in several contexts, such as social, historical, and epistemological ones. Mapping the values and political directions of both classic and post-modern theories, and philosophies of film, as well as practices of contemporary cinema, the working group will also discuss the possible impact of the so-called “film culture” on society, in a globalized world.

Our methodologies combine a dissemination process – such as film programming, and public discussing -, with film analysis and theoretical reflection. We will work to achieve, if possible, some sort of evaluation of the philosophical, sociocultural, and socioeconomic impact of cinema towards an approaching of society’s dilemmas and contemporary world, by the agency of specific films.​

To achieve the objectives, we will promote and intervene in public debates about the social effects of philosophical cinema. Also, we will discuss cinema as education and, along with our dissemination activities, it is our intention to provide a forum for the general public and the specific ones (e.g. researchers, educators, young people, minorities, etc.) to express their views on different topics related to the relevance of cinema`s practices and knowledge as well as its political dimensions and effects, both inside and outside the academy. 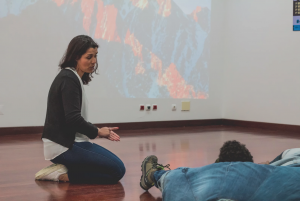