CultureLab
Forms of Life and Practices of Philosophy

Forms of Life and Practices of Philosophy is a research group dedicated to the study of the relationship between philosophy and the creation of values, forms of life and transformative practices, both at an individual and a collective level. As part of the CultureLab, the group’s overarching research is focused on the relationship between value and culture and the various ways in which human values and the activity of valuing are always embedded in cultural forms of life, which have a particular context and history, and which can be changed through human agency. The group is especially concerned with the history, development and contemporary relevance of philosophy conceived as a transformative practice and its application and impact on value construction at ethical, political, and cultural levels.


Bringing together ancient and contemporary approaches to the problem of ‘how to live’ and interconnected practices of self-transformation, collective transformation, value construction, ecological existence, and the art of flourishing and decay, the group develops work along two different, although interrelated, lines of research. While the two lines of research explicitly express the vision and challenge of applying philosophy to life and investigate the articulation between forms of life and practices of philosophy, the first one will be specially concerned with transformation at an individual level (self-transformation), while the second one will be focused on collective or social transformation.

The Art of Living

This line of research has a metaphilosophical orientation and aims to explore the history and contemporary relevance of a conception of philosophy that understands it not as a mere theoretical or abstract exercise, but as a performative and transformative practice that aims to have an effect on life, in the constitution of the self and in the construction of values. In the wake of Pierre Hadot and Michel Foucault, this line will investigate the ancient conception of philosophy as an “art of living” (technē tou biou) – and related descriptions such as “therapy of the soul”, “way of life”, “ethical life”, “care of the self” or “aesthetics of existence” – and its developments and reinventions in modern and contemporary philosophy (particularly in Spinoza, Schopenhauer, Nietzsche, Foucault, and authors pertaining to the existential tradition, such as Kierkegaard, Heidegger and Sartre). Particular attention will be given to the relationship between philosophical practices and the constitution of different forms of life, as well as to the space of freedom and autonomy in the creation of values and constitution of the self, implied in this tradition of thought. This research line continues the work developed by the Art of Living Research Group (2018-2022).

Through reading groups, masterclasses, workshops, and public lectures from international scholars and artists engaged in the creative and theoretical study of ecological thought and climate justice, the line of research in Environmental Humanities is concerned with experimenting with new economic, legal, historical, cultural, political and aesthetic values in times of radical uncertainty and turbulence.


In engaging with the historical texts that have delineated the values of Western philosophical culture, from pre-Socratic, Platonic, and Aristotelian philosophies to the late outcomes of the culture of ‘crisis’ (From Marx to Freud to Heidegger and Benjamin, via Hegel, Nietzsche and others), this line of research will seek to inhabit the new environments of emerging humanities, and to redefine new living value relations that can enable a renewed political relationship with the different agencies that have now entered definitively into a society that can no longer be limited to the human sphere. 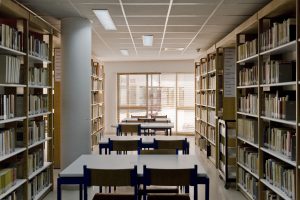